What can I say about Sedona that hasn’t been said before? 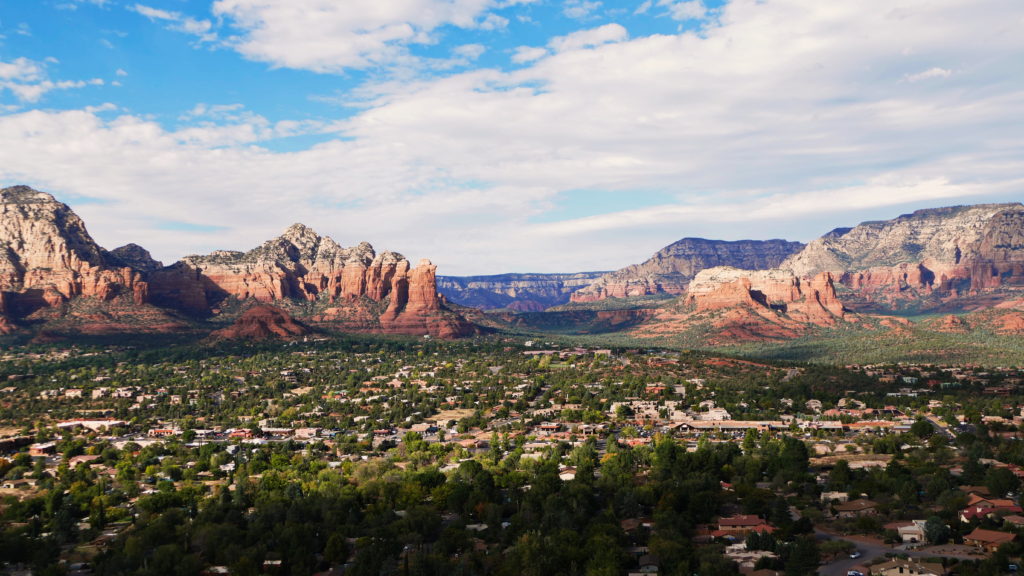 I’ve had a fairly long long affair with this town, as I lived there for a bit in ‘93, and have gone back on-and-off through the years, living there for another 1 ½ years in 2005.  I quit drinking while living there that last time.  I wasn’t an alcoholic, but I was a problem drinker facing a slippery slope into alcoholism (as both of my parents were alcoholics).  While in Sedona I was able to finally quit it in a way that sticks (11 years), and I’m forever grateful for that. 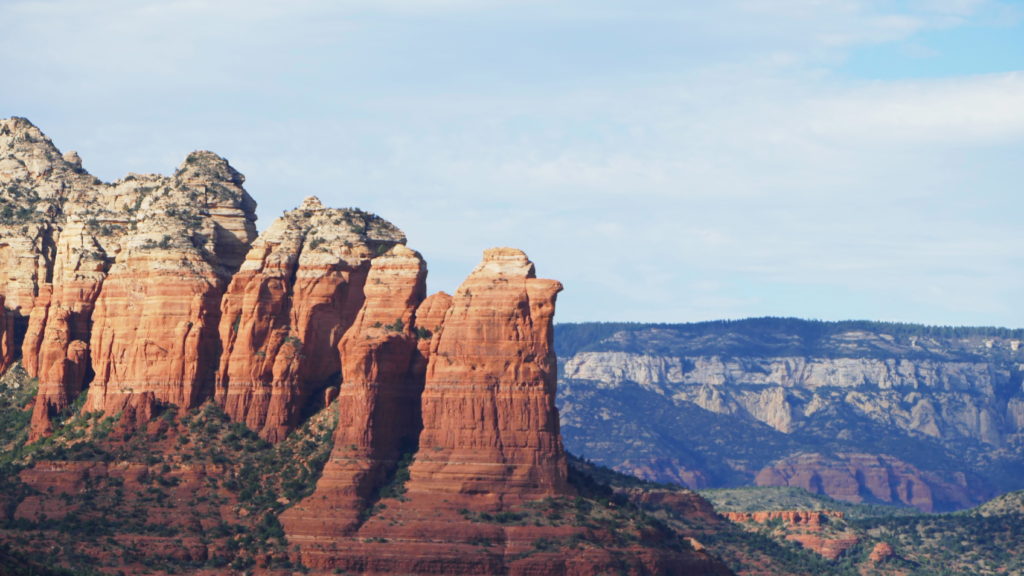 Sedona has a magic to it.  I reckon it to Burning Man, actually.  If you go with an intention and respect, there is a sacred abundance that will spring forth and bless you and your life.  You can change your life.

And just like Burning Man this past year, when I got to Sedona I felt disappointed.  It looked old, weary, with a ‘dead’ energy.  I didn’t feel the tickle in my stomach; the awe in my mind.  It was crowded, and the people–blah.

But then, at the top of Airport Road, the sun came out, and beams of light hit the mountains.  I fell in love again (just like at Burning Man).  My body tingled.  I felt the magic.

And I was re-born.

While we were in the area, I was able to visit with an old friend named Vusi.  He was part of an African band named Azumah (which I helped manage) back in ‘93 when I lived in Sedona.  He is one of the most talented musicians I know, and it’s a privilege to know him!  We played some djembe, Chris played the piano, and Vusi’s partner Connie played a tambourine/accompaniment instruments.  It was so much fun!!  Check out his music for more amazing rhythms!