Tracy: When talking to friends about our experience so far being full-time RV’ers, Chris and I invariably at some point talk about our dramas thus far (thankfully few). 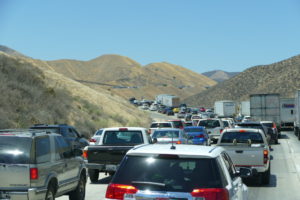 Like what we experienced traffic-wise when traveling on 4th of July weekend: boy, what you read about it being the #1 most dangerous weekend to drive is the truth!

Intuitively, I received the suggestion to stay away from I5, and even told Chris “I don’t know why; maybe they’ll be a bad accident and we’ll be stuck in traffic?”, and sure enough! We were in bumper-to-bumper traffic climbing the grapevine mountain (heading North from L.A.), and once we reached the very top we could see several police cars, motorcycles, ambulances and a helicopter. Yes, you read that right. A seriously big helicopter, because someone had clearly gone over the cliff.

Chris: When we later looked it up in the news, we could almost not believe the bizarre story that had unfolded: apparently a domestic dispute caused a man to threaten family members with a machete, kidnapped his father and a woman who was kicked out of the family truck just before he drove it over the cliff, some 500 feet down an embankment. But not only did both men survive, the son also eluded the authorities for over an hour before being arrested and treated for his injuries. You can read more about it here: http://www.signalscv.com/section/36/article/154113/

Tracy: The next day added to the stress. Continuing to drive up the I5 was O.K.; things were at times crowded, but at least moving. The speeds fluctuated a bit.

We were cruising along at a reasonable speed. A big pickup truck towing a boat passed us (I remember thinking to myself that he was going fairly fast). I could see the traffic up ahead getting congested, and slowing down to a near stop. The truck with the boat didn’t see it however.

It was only in the last few seconds before a possible impact that the driver noticed the lane of traffic stopped in front of him, and s/he swerved into the other lane to avoid a crash. It was the sort of swerve that was pure instinct; there was no convenience of checking for clearance in the right lane.

Once he reached that lane, he spun out. All the cars around scattered off of the highway. Even we swerved to the right then the left, in anticipation of avoiding the chaos in front of us. The truck and boat were writhing on the road like a live wire, or a snake, until both truck and boat slid off of the highway to rest in the dirt, with the boat sliding into the back of the truck.

That was the only damage. Amazing! It was a seriously dangerous life-threatening situation, and all that came from it was some property damage.

Chris: This could have ended much more badly not just for them but also for us, because if we had just been a little bit closer, we would have had no time to react and brake. We were lucky that it didn’t result in something much more serious, but I also wished our camera would have been recording to capture the event – time to invest in a DVR style dashcam! 😉

Tracy: So, those are a couple of driving dramas that we’ve encountered thus far; hopefully we’ll continue to stay safe on the roads in the event of dangerous situations! 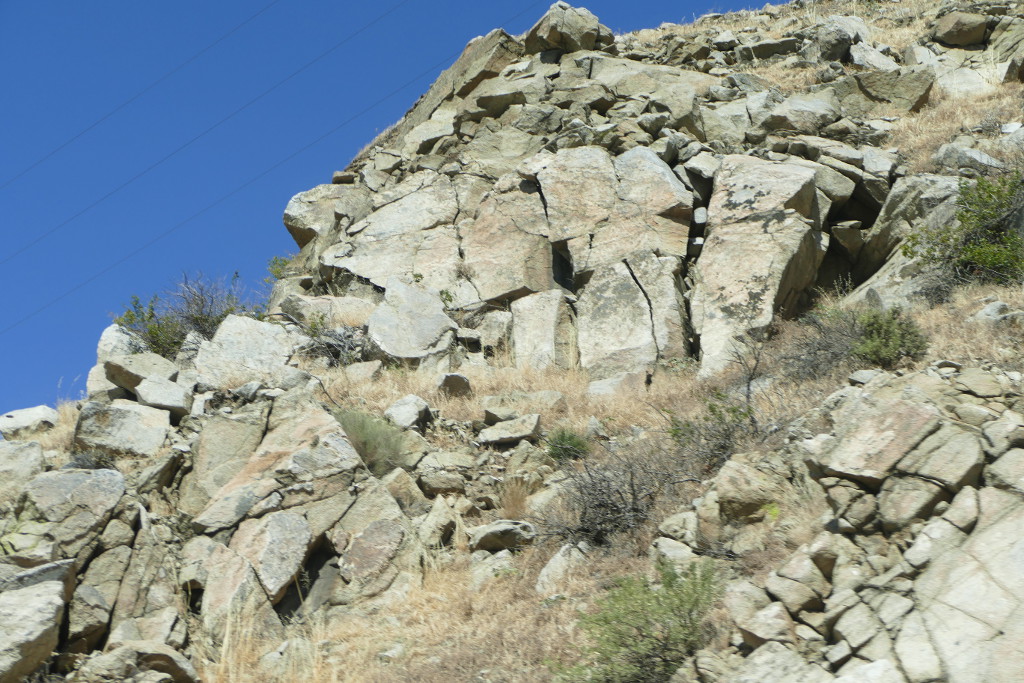 One thought on “Driving Drama!”